Posted on April 7, 2011 by thebridgeseries

Edmund Keeley was born in Damascus, Syria, in 1928 and spent his childhood in Canada, Greece, and Washington, DC, before earning his B.A. from Princeton University in 1948 and a Doctorate in Comparative Literature from Oxford University in 1952. He has translated many of the major Greek poets of the twentieth century, including C.P. Cavafy (Collected Poems, translated with Philip Sherrard and George Savidis, 1975), Angelos Sikelianos (Selected Poems, translated with Philip Sherrard, 1979), Odysseus Elytis (Selected Poems, 1981), Yannis Ritsos (Exile and Return: Selected Poems 1967-74, 1985), and George Seferis (Collected Poems, 1995) as well as working on key anthologies of Greek poetry such as Six Poets of Modern Greece (translated with Philip Sherrard, 1961), The Dark Crystal: An Anthology of Modern Greek Poetry (translated with Philip Sherrard, 1981), A Century of Greek Poetry 1900-2000 (with Peter Bien, Peter Constantine, and Karen van Dyck, 2004), and The Greek Poets: Homer to the Present (co-editor with Peter Constantine, Rachel Hadas, and Karen van Dyck, 2009). He is the author of seven novels, among them The Libation (1958), The Imposter (1970), and School for Pagan Lovers (1993). He has also written at length on Greece, Greek writers, and translation in books like Cavafy’s Alexandria: Study of a Myth in Progress (1976), Ritsos in Parentheses (1979), On Translation: Reflections and Conversations (1998), Inventing Paradise: The Greek Journey, 1937-47 (1999), and Borderlines: A Memoir (2005). He taught English, Creative Writing, and Hellenic Studies at Princeton for forty years and retired as Straut Professor of English Emeritus. He is a past Director of the PEN American Center. His awards include the Rome Prize for fiction and the Award in Literature from the American Academy of Arts and Letters, the Landon Prize for Translation, the PEN/Ralph Manheim Medal for Translation, and the Criticos Prize for non-fiction. 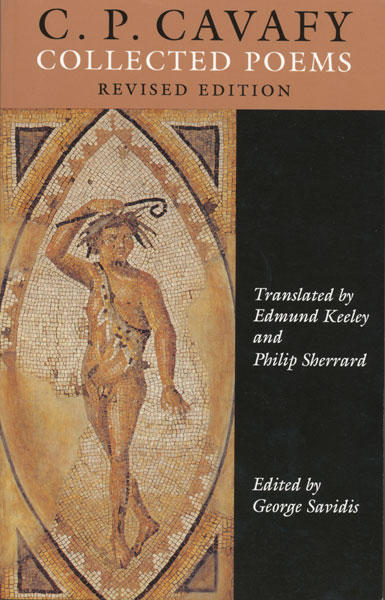 Karen Emmerich is a translator of modern Greek poetry and prose. Her recent translations include The Sleepwalker and Rien ne va plus by Margarita Karapanou (Clockroot, 2010 and 2009), Landscape with Dog and Other Stories by Ersi Sotiropoulos (Clockroot, 2009), and I’d Like by Amanda Michalopoulou (Dalkey Archive, 2008). Her translation of Poems 1945-1971 by Miltos Sachtouris (Archipelago, 2006) was nominated for a National Book Critics Circle award. Emmerich has received translation grants and awards from the NEA, PEN, and the Modern Greek Studies Association. She has a Ph.D. in Comparative Literature from Columbia University and is currently a postdoctoral research fellow at Princeton University.

The Bridge is the first independent reading and discussion series in New York City devoted to literary translation. In association with McNally Jackson Books, one of the city’s premier independent booksellers, and other engaged cultural institutions, the series aims to promote public awareness about the art of translation by serving as a regular venue for readings, by both well-established and emerging translators and authors, and discussions on a range of translation-related issues. For regular updates, please email “subscribe” to thebridgeseries@gmail.com, or join our Facebook page.