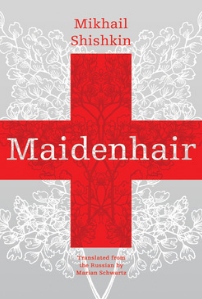 52 Prince Street (between Lafayette and Mulberry)

Marian Schwartz translates Russian fiction, history, biography, and criticism. She is the principal English translator of the works of Nina Berberova and she translated the New York Times bestseller The Last Tsar, by Edvard Radzinsky, as well as classics by Mikhail Bulgakov, Ivan Goncharov, Yuri Olesha, and Mikhail Lermontov. Her most recent book translations are Andrei Gelasimov’s Thirst (AmazonCrossing), Valery Panyushkin’s 12 Who Don’t Agree (Europa Editions), and Olga Slavnikova’s 2017 (Overlook Press). Her translations of Mikhail Bulgakov’s White Guard and Ivan Goncharov’s Oblomov are now out in paperback from Yale University Press. Translations of hers that will appear in 2012 include pieces in St. Petersburg Noir (Akashic Books) and Subtropics, as well as Andrei Gelasimov’s The Lying Year (AmazonCrossing) and Mikhail Shishkin’s Maidenhair (Open Letter). She is the recipient of two National Endowment for the Arts translation fellowships and is a past president of the American Literary Translators Association. Her website is: http://marianschwartz.com/

Mikhail Shishkin was born in Moscow in 1961. His first short story, “Calligraphy Lesson”, was published in Znamya magazine in 1993. In 1995, he moved to Switzerland, where he worked as a Russian and German translator for asylum seekers. His novels include Всех ожидает одна ночь (One Night Befalls Us All), 1993; Взятие Измаила (The Taking of Izmail), 1999, winner of the Russian Booker Prize; and Pismovnik (Letter Book), 2010, winner of the Big Book Award. His novels have been translated into fourteen languages, though Maidenhair is his first novel to be translated into English. Published in Russia in 2005, Maidenhair was awarded both the National Bestseller Prize and the Big Book Award. Shishkin splits his time between Moscow and Zurich.

Chad Post is the director of Open Letter Books, a press at the University of Rochester dedicated to publishing contemporary literature from around the world. In addition, he is the managing editor of Three Percent, a blog and review site that promotes literature in translation and is home to both the Translation Database and the Best Translated Book Awards, and the author of The Three Percent Problem: Rants and Responses on Publishing, Translation, and the Future of Reading. His articles and book reviews have appeared in a range of publications including The Believer, Publishing Perspectives, The Wall Street Journal, Bookforum, Rolling Stone, and Quarterly Conversation, among others.

More information about Maidenhair can be found at the Open Letter website: http://www.openletterbooks.org/