Posted on November 11, 2013 by thebridgeseries

a reading and discussion with French translators

reading from their new books with
Two Lines Press 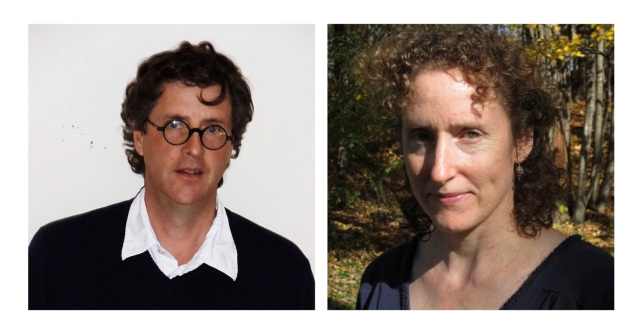 Jordan Stump is a Professor of French at the University of Nebraska-Lincoln. He has translated twenty-some works of contemporary French fiction into English, by writers such as Marie Redonnet, Eric Chevillard, Antoine Volodine, and Jean-Philippe Toussaint. His translation of Claude Simon’s The Jardin des Plantes won the French-American Foundation’s annual translation prize in 2001. He is also the author of two studies of the novels of Raymond Queneau, Naming and Unnaming and The Other Book.

Charlotte Mandell has translated over thirty books, including works by Blanchot, Proust, Flaubert, Maupassant, and Jean-Luc Nancy. Her most recent translated novels are Jonathan Littell’s The Kindly Ones and Mathias Énard’s Zone, a 517-page sentence. She is currently translating Énard’s new novel, Street of Thieves. Her website is http://www.charlottemandell.com/.

Two Lines Press is a program of the nonprofit Center for the Art of Translation. The press, and the Center for the Art of Translation, both grew out of the TWO LINES: World Writing in Translation anthology series, which has been publishing international literature in translation for nearly 20 years. It has previously published Nobel laureates, Pulitzer Prize winners, MacArthur “Genius” grant recipients, PEN Translation grant recipients, and winners of dozens of leading national literary awards all over the world. Two Lines also puts a special emphasis on translation as an art form of its own, celebrating the complicated and creative process of rendering a foreign piece of literature in English.