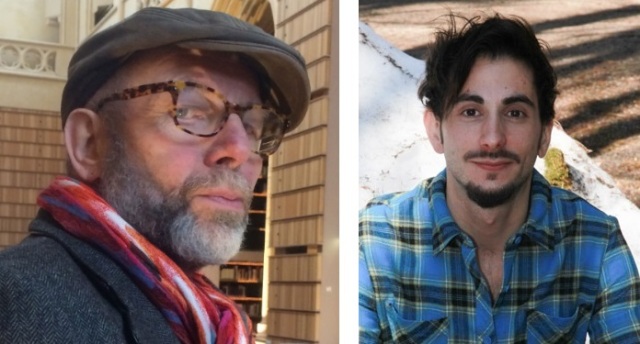 “From where do the vintage bottles come? Certainly not from heaven, but from a long practice by the ONCV (Office National de Commercialisation des Produits Vitivinicoles), but, well, you’re nothing but an idealistic moujik, candid manure; a hick lush of a versifier!”

Pierre Joris is a poet, translator, essayist & anthologist who has published some 50 books, most recently, Barzakh: Poems 2000–2012, Breathturn into Timestead: The Collected Later Poetry of Paul Celan (currently on the longlist for the 2015 PEN Award for Poetry in Translation), A Voice full of Cities: The Collected Essays of Robert Kelly (co-edited with Peter Cockelbergh) and The University of California Book of North African Literature (volume 4 in the Poems for the Millennium series, coedited with Habib Tengour). With Jerome Rothenberg, he edited volumes 1 & 2, The University of California Book of Modern & Postmodern Poetry, in the same series. Other recent books include Bernat Manciet: Ode to James Dean (translated by Joris & Nicole Peyrafitte), Meditations on the Stations of Mansur al-Hallaj and Exile is My Trade: A Habib Tengour Reader. Pierre Joris: Cartographies of the In-between, essays on Joris’ work edited by Peter Cockelbergh, came out in 2012. His The Meridian: Final Version—Drafts—Materials by Paul Celan was awarded the 2013 MLA Aldo & Jeanne Scaglione Prize for a Translation of a Scholarly Study of Literature). He lives & works in Bay Ridge, Brooklyn, with his wife, performance artist Nicole Peyrafitte.

André Naffis-Sahely’s poetry was most recently featured in The Best British Poetry 2014 and the Oxford Poets Anthology 2013. His translations from the French and the Italian include Balzac’s The Physiology of the Employee, Laurent Seksik’s The Last Days, and The Confines of the Shadow by Alessandro Spina. He has also translated numerous works by North African authors, including The Barbary Figs and the forthcoming The Funerals by Rashid Boudjedra, and The Bottom of the Jar by Abdellatif Laâbi. His translation of Laâbi’s Selected Poems has just received a PEN Translates grant from English PEN. He reviews for The Nation, The Times Literary Supplement, and The Chimurenga Chronic.

This is a co-presentation by the Bridge and the PEN Translation Committee, PEN American Center.