Posted on November 22, 2015 by thebridgeseries

discussing the translation of 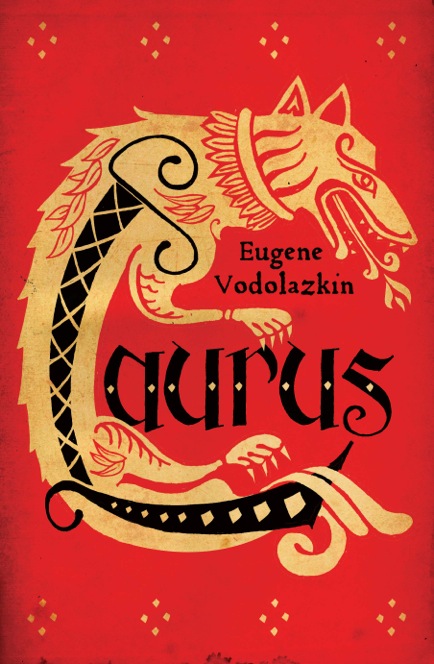 the story of a healer and holy fool, and his travels in medieval Europe

What people are saying:

“In Laurus, Vodolazkin aims directly at the heart of the Russian religious experience and perhaps even at that maddeningly elusive concept that is cherished to the point of cliché: the Russian soul.”  –Ken Kalfus, The New Yorker

“Kaleidoscopic in his language and reach, Vodolazkin takes us on a journey of discovery and absolution, threaded together through the various, often mystical lives of Arseny as a healer, husband, holy fool, pilgrim and hermit… The pages, dotted with names of anachronistic herbs and forgotten family lineages – not to mention Vodolazkin’s complex interplay between modern and medieval Russian – do not make for a simple or smooth translation. Lisa Hayden should be commended for her effort, for she achieves just that. Subtly, she blends the familiar and unfamiliar, trusting the organic process through which the book unfolds and allowing the language to speak for itself…” –Beau Lowenstern, Asymptote

Eugene Vodolazkin was born in Kiev and has worked in the department of Old Russian Literature at Pushkin House since 1990. He is an expert in medieval history and folklore and has numerous academic books and articles to his name. Laurus won both the National Book Award and the Yasnaya Polyana Book Award on its original publication in 2012. His debut novel, Solovyov and Larionov, is forthcoming from Oneworld in 2016. He lives with his family in St. Petersburg, Russia.

Lisa Hayden is a literary translator who lives in Scarborough, Maine. Her other translations from the Russian include Vladislav Otroshenko’s Addendum to a Photo Album and Marina Stepnova’s The Women of Lazarus. Her website, Lizok’s Bookshelf, focuses on contemporary Russian fiction. She received her MA in Russian literature at the University of Pennsylvania and lived in Moscow during 1992-1998.

This is a co-presentation by the Bridge and the PEN Translation Committee, PEN American Center. With special thanks to Becky Kraemer of Cursive Communications & Marketing.